Yemaya
Goddess of the Ocean
Mother to all Orishas 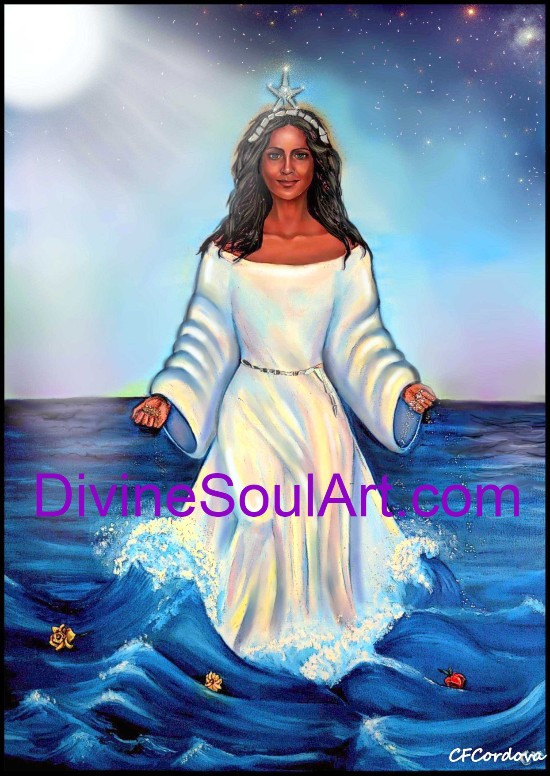 As I stare at your picture, I feel the warmth and love of a mother. I know you are near protecting and guiding your children. I lower my head in respect and admiration; I ask you for your blessings. May God permit you to cleanse my body and soul with your sacred waters, and may your divine light shine upon my Earthly path. 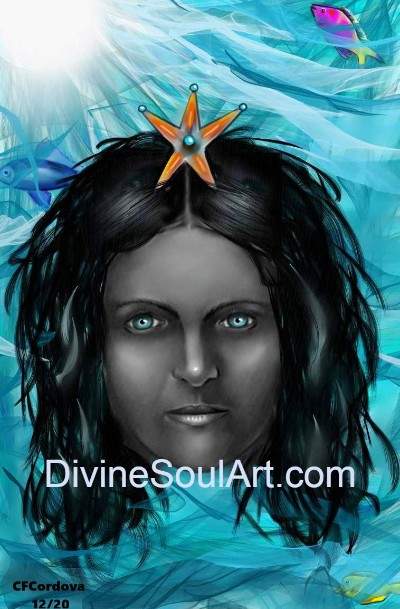 Yemaya or Iemanja, known as the Queen of the Sea, is one of the most loved and highly respected orishas (deities) in the Candomble and Santeria religions. Those faithful to Yemaya pay homage and seek her blessings in personal matters. They believe that her power is limitless.

Luisah Teish, in her book Jambalaya, depicts the Goddess as a "large and beautiful woman…the mermaid, the full moon; and intelligence beyond human comprehension."

According to the book, Santeria The Religion A Legacy of Faith, Rites, and Magic by Migene Gonzalez-Wipper, Yemaya..." identified with the sea, but is also the symbol of motherhood and protects women in their endeavors."

Moreover, she is associated with the moon, seashells, and stones found by the seaside. Her main colors are white or crystal and blue.

Migene Gonzalez-Wipper, in one of her books, conveys a fascinating anecdote of a woman and her steadfast belief in Yemaya.

The woman's young son had died while swimming in strong and dangerous undercurrents near the coast of San Juan, Puerto Rico. The police rescue team and lifeguards searched for the body, but to no avail. Although the search had been called off, the mother was determined to find her dead son's body. The police felt the search was useless since they believed, "...the powerful undercurrents in these water had driven the body toward the ocean floor..." Nevertheless, the mother pleaded for one last search.

After much pleading from the mother, the police decided to grant her last wish. When they were far out to sea, she instructed the officers to stop the boat. She kneeled and began to pray. With tears rolling down her face, she supplicated to Iemanja for the return of her son's body. Then, she took out four white candles from her bag and threw them overboard. According to Migene Gonzalez-Wipper, "...few minutes later, the rescue squad...watched, aghast, as the boy's body surfaced at the same spot where the candles had sunk into the water."

For those who believe, everything is possible.

Nothing in life is impossible if your faith is strong and you truly believe. Miracles do happen every day.

You can attain further information on the mysteries of Santeria by reading Migene Gonzalez-Wipper's books. I highly recommend them. 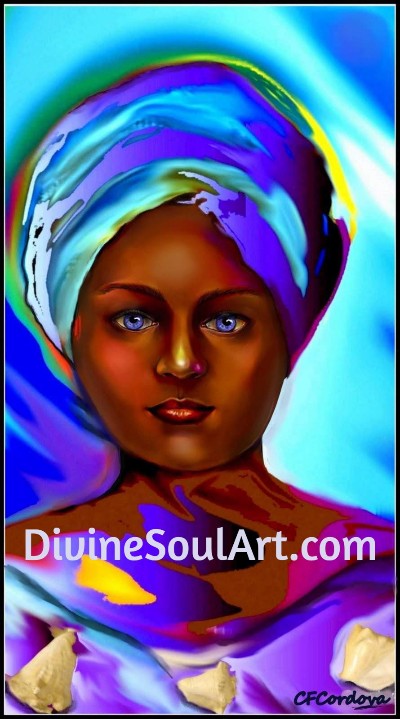 Oh Divine Yemaya, "bring health and strength to those worthy to receive it. We hope, dear Lady, that we receive what we ask for in prayer through your intercession. Although we know that, because of our faults, we do not deserve what we ask for, we beg you nevertheless to answer our prayers. Amen."

I hope that my  Yemaya Goddess paintings bring you joy,

May the Queen of the Ocean, pray for us now and always... 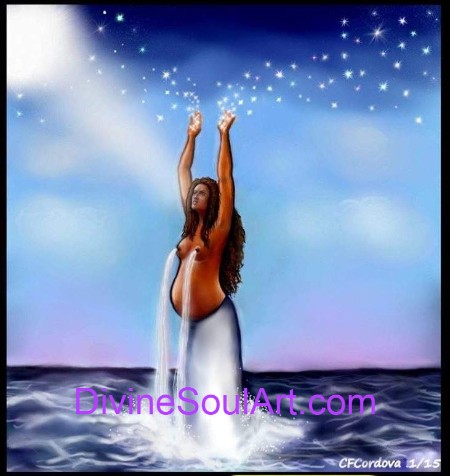 Yemaya- Mother of All Orishas and Protector of Children

Spiritual Messages and Paintings book is now available on Amazon.

Get your copy now. 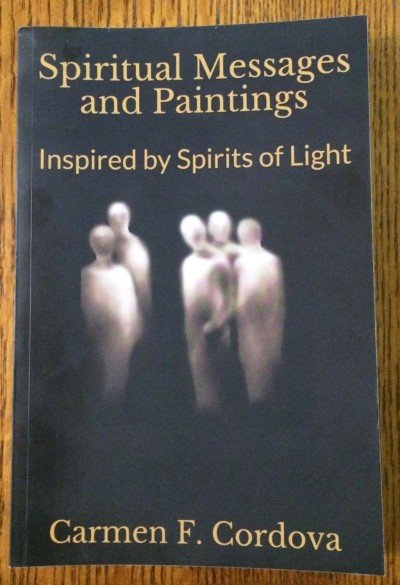