Paintings of Aliens
Beings from Other Planets 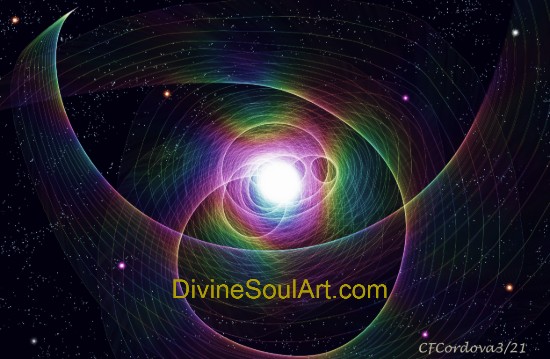 Do you believe in aliens? Do you think they are watching us? I do. Although I cannot see them with my physical eyes, I have seen them through my third eye and in dreams. I believe these beings have been around for some time surveying the planet. They are not the evil characters depicted by Hollywood, coming to destroy us. They are highly evolved beings who have overcome long ago the many struggles we are facing in this planets. I believe we can learn so much from them if we just put away our biases and allow them to communicate with us. In the past few years, I have been aware of alien energy, and the experience has been amazing.

Is this the time for alien awakening? Only time will tell.

Approximately four years ago, I had an extraordinary encounter during a dream state. I recall being inside a car parked in a large, empty parking lot. Suddenly, I heard a voice speaking. It was coming from nowhere. Instead of freaking out, I remained calm and listened. It said it was transmitting its thoughts to me via telepathy. The being spoke about the past, present, and future. It also mentioned sentinels and watchkeepers, who continuously watch our planet's events. The encounter felt so real.

Go to Spiritual Messages and Paintings if you want to read more.

Whether you believe it or not, we are not alone. Think about it, if GOD created Earth, why would HE/SHE not create other planets. It doesn't make sense not to. The Universe is so vast that I believe we have much more to learn from it.

Many individuals are accustomed to seeing first and believing second. For them, if they can't see it, it does not exist. However, we know that air exists, but we can't see it. So is it possible that there are numerous things we can't see but are very real?

In time, many mysteries will be made known to all of us.

As Franklin D. Roosevelt once said, "There is nothing to fear but fear itself."

Below are some paintings of Aliens that I have seen through my third eye or in my dreams. 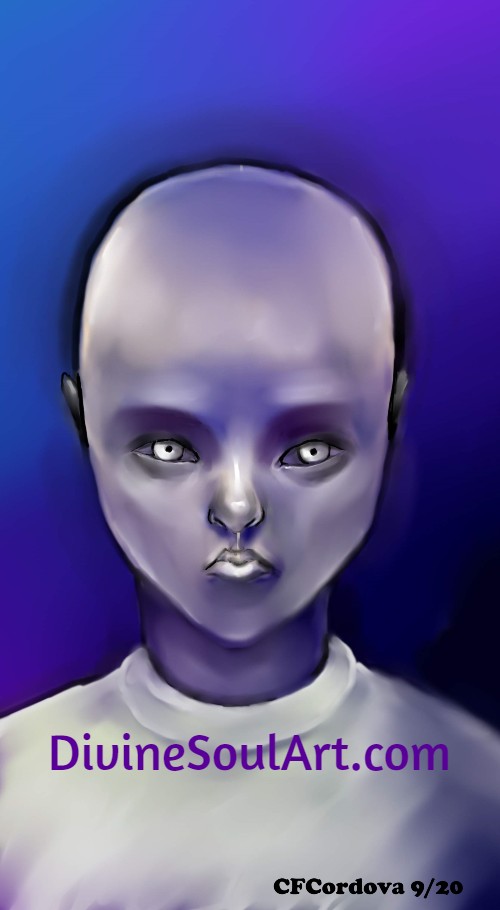 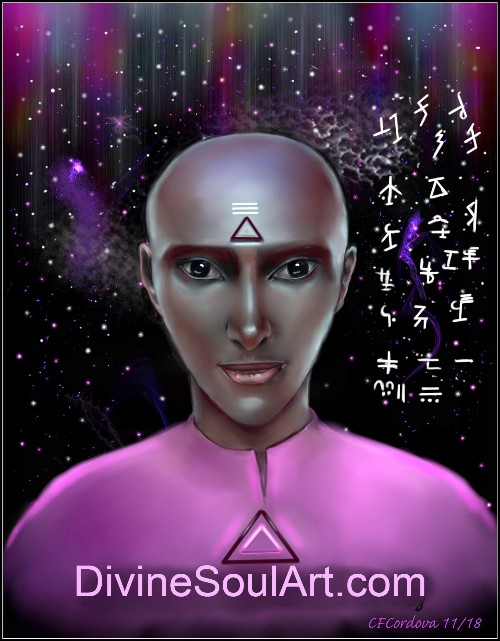 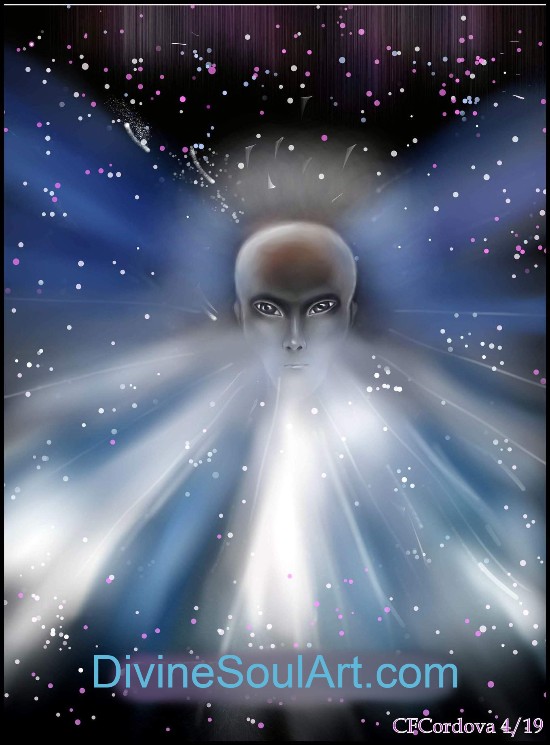 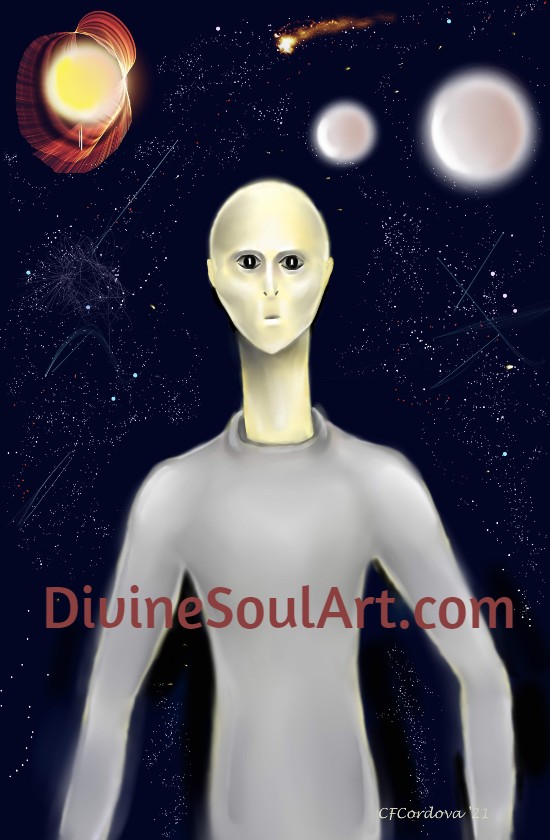 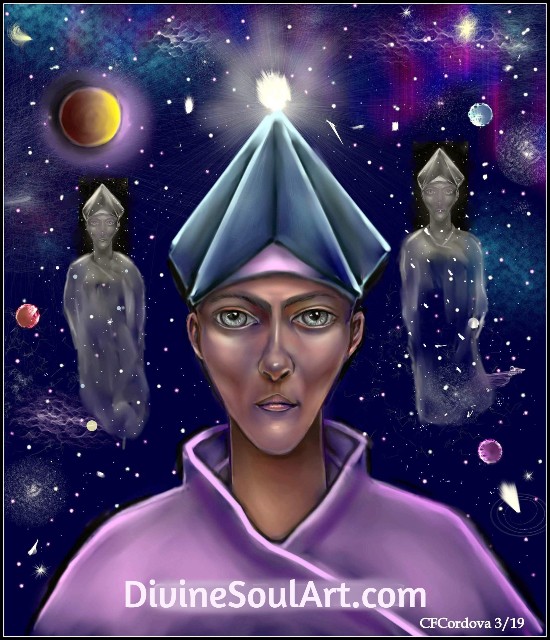 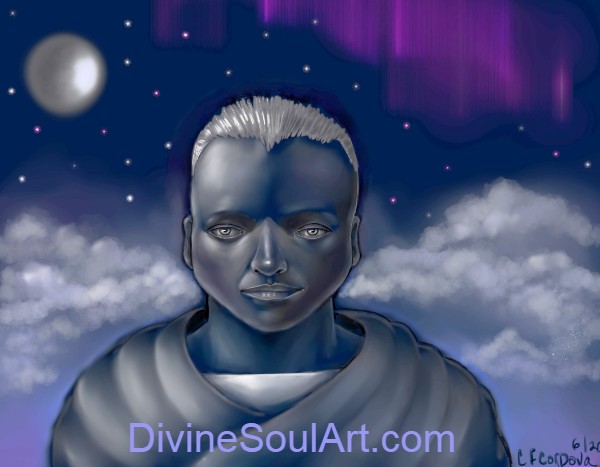 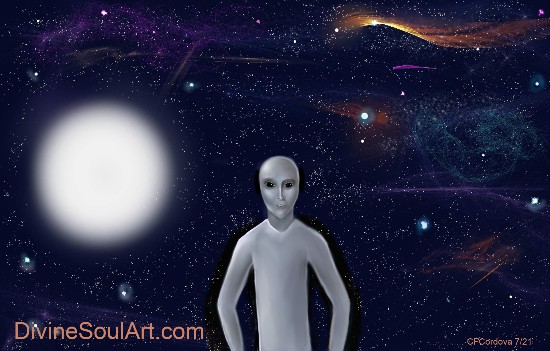 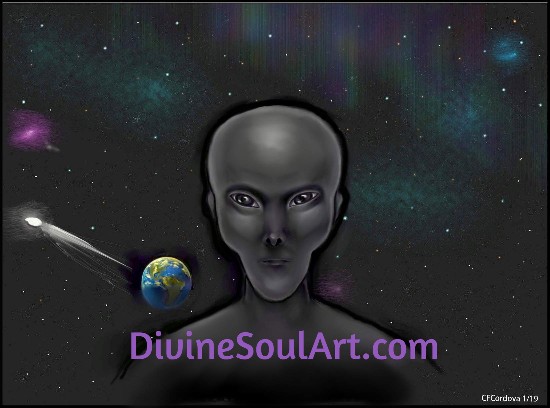 Visit my online art gallery and view more than 600 pieces of spiritual artwork. All of the artwork are for sale.