Spiritual Insight
Beyond The Gates Of Earth 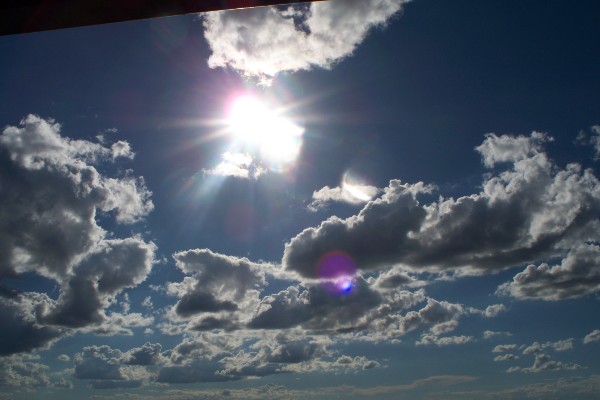 Recently, I had an insightful dream- spiritual insight. In my dream, a man suddenly appeared. He was wearing a white long robe; and his arms were extended. It seemed as if he was greeting me. His demeanor gave forth a sense of celestial peace. In addition, he appeared to be standing in front of some pathway or opening.

Without any hesitation, I grabbed his hand. In doing so, he turned and guided me into the opening. As we moved forward, my body began to exhibit a strange sensation.  My body had become weightless. I no longer felt the heaviness of the mind as well as the body.

When we arrived to the other side, my companion was no longer by my side. He had disappeared without any warning.

As I looked around, I felt as Dorothy from the Wizard of Oz. I was no longer back home. The beauty in front of my eyes surpassed anything I had ever seen on Earth.

A waving hand from afar suddenly interrupted my moment of ecstasy. It was an elderly man calling me over. He was sitting in front of a table. As I began approaching him, I could distinctly see a white aura encircling his entire being. Upon arriving, I noticed that the aura had gotten brighter, and his face exuded a golden glow. I thought, “This must be a celestial being.”

He invited me to sit. I was surprised to see that in front of him was a deck of cards. They were Baraja Espanola (Spanish pack of card used for game playing and fortune telling). “Why was this celestial being in possession of such a secular item?” I questioned myself.

With a gentle smile, he took out a card from the deck and displayed it to me. It was a single large cup. Unaware of its significance in regards to me, I looked up and asked for its meaning. Without uttering a single word, he pointed to the card again.

It was then that I noticed the cup taking a tangible formation. A red liquid substance began flowing out of the cup. The liquid was coming out of the cup and going into a nearby pond. Due to the immeasurable amount of liquid that was pouring out of the cup, the pond quickly turned into a stream.

As the stream began to expand, the elderly man instructed me to follow the stream to the end. Without questioning, I was on my way. Arriving to my destination, a celestial being appeared and welcomed me. He was dressed in white garbs holding a large size book. He smiled and introduced himself as my guardian angel. Later, he shared that the book was a detailed account of all of my lifetimes. From the immensity of the book, it appeared I had many lifetimes under my belt.

“We have been listening to your prayers, but are not permitted to intervene. God is aware of everything. There is a reason for everything that happens in your life. Have faith and continue to move forward,” he said lovingly.

As if reading my mind, he smiled and said, “You are curious about the spirit with the cards. The cards were for your benefit and understanding. It was used as a form of communicating with a spiritual being still in body. There are different worlds or realms beyond the gates of Earth. Right now, you are in between two levels. Things that are recognizable to the incarnate spirit are allowed.