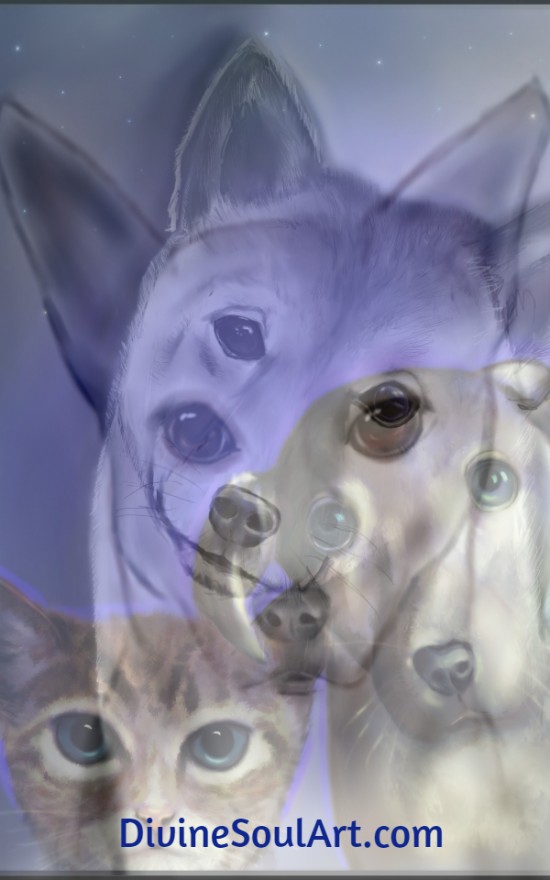 Recently, I had an unexpected dream. I recall an obscure image instructing me to write a page on the essence of animals. Moreover, a picture was revealed to me. I was not only instructed to write about psychic animals, but to paint as well- go to Spiritual Revelation for the true meaning of the dream.

To view an enlarge picture of the painting on the left visit my Art Gallery.

Since I was not a pet owner, the meaning of the dream perplexed me. After reminiscing on past conversations with pet owners, I began to recognize the indispensable role animals play in our lives. They provide companionship to the lonely, love to the deprived, and comfort to the sick.

In ancient Egypt, cats played a significant role in Egyptian society. In addition to co-existing with Egyptians, cats were viewed as symbols of grace and divinity and held in high esteem.

According to ancient Egyptian literature, the Egyptians mourned the demise of their cats by shaving their eyebrows.

In Luisah Teish's book, Jambalaya, The Natural Woman's Book of Personal Charms and Practical Rituals, she writes that cats, "become alter egos whose behavior tells us something about ourselves."

Furthermore, she says, "I have had cats who stood guard at my bedside when I was ill, found lost objects for me, or hissed and scratched at people who did not have my welfare at heart."

Jesus Christ first mentioned San Lazaro, a beggar and leper, in a parable. In Catholicism, he is the Patron Saint of lepers; in Santeria, he is the healer of physical and emotional pain.

Pictures and statues of San Lazaro reveal two dogs, his constant companions, licking his sores. In a world where lepers were repudiated, the dogs provided companionship, love and comfort to San Lazaro. These psychic animals were his only faithful friends. 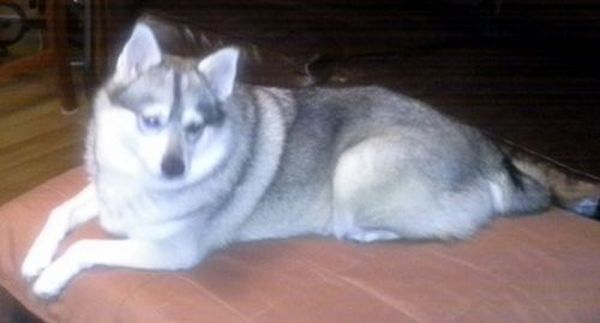 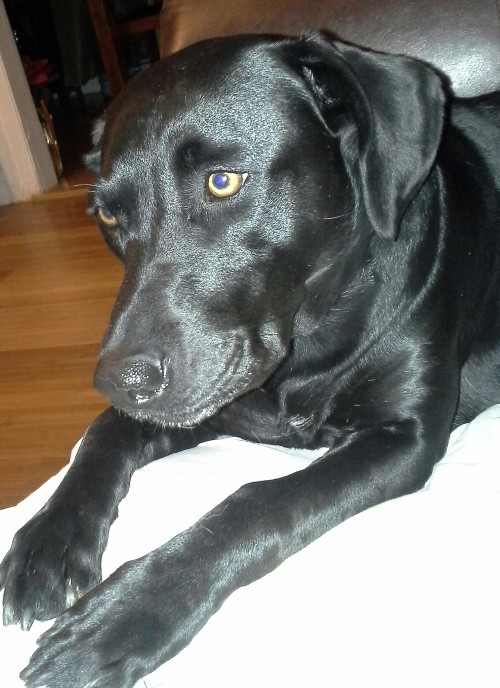 Ms.M is the owner of the two dogs pictured above

She writes, "MIZU came into our lives after my mom passed away. It was a time of much pain and loneliness. Mizu has been a breath of fresh air. I can't imagine my life without her crazy self. Mizu is on the anxious side at times , so I thought that a playmate would do her good. I adopted a black lab named SARA. OMG, what a sweet dog she is! So different from MIZU. They are both different, but what a great match! I so enjoy watching them play, listening to my uncle's laugh and seeing my son play with them. So glad I made the decision to include Sara and Mizu in our lives. I adore my girls more than words can say."

My friend, who is the owner of a Yorkie- Benji, states, "Benji is an important member of my family. He is very attached to us, and when a family member is not home, he paces back and forth until the person returns." 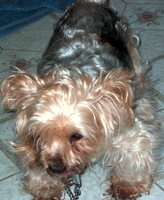 In Sylvia Browne's book, Insight, she depicts animals as being..."God's most perfect creations." According to her, they are..."Angels living among us."

Furthermore, she believes that animals..."are the most naturally gifted psychics on earth" and possess, "uncanny intuitive survival and communication skills..."

In addition to being good loving companions, animals are known to possess the power of healing.

In an article written by Valerie Reiss for the March 2008 issue of Natural Health magazine, she states that animals have an "uncanny ability to make people feel better- or even save them...provide companionship to the lonely, and help reduce stress through physical touch."

Moreover, she says that Stanley Coren, Ph.D, author of Why Does My Dog Act That Way? has indicated that animals, "give you affection and support, whether you've earned it or not." Animals accept you as you are and are non-judgmental.

According to a study, introduced by the American Journal of Cardiology in 2003, "men who had heart attacks were more likely to be alive after four years if they owned a dog."

In another study, two groups of people suffering from hypertension were used. One group was told to adopt a dog or a cat, and the other was the control group. "After six months, the pet owners showed significantly lower blood pressure than the control group." 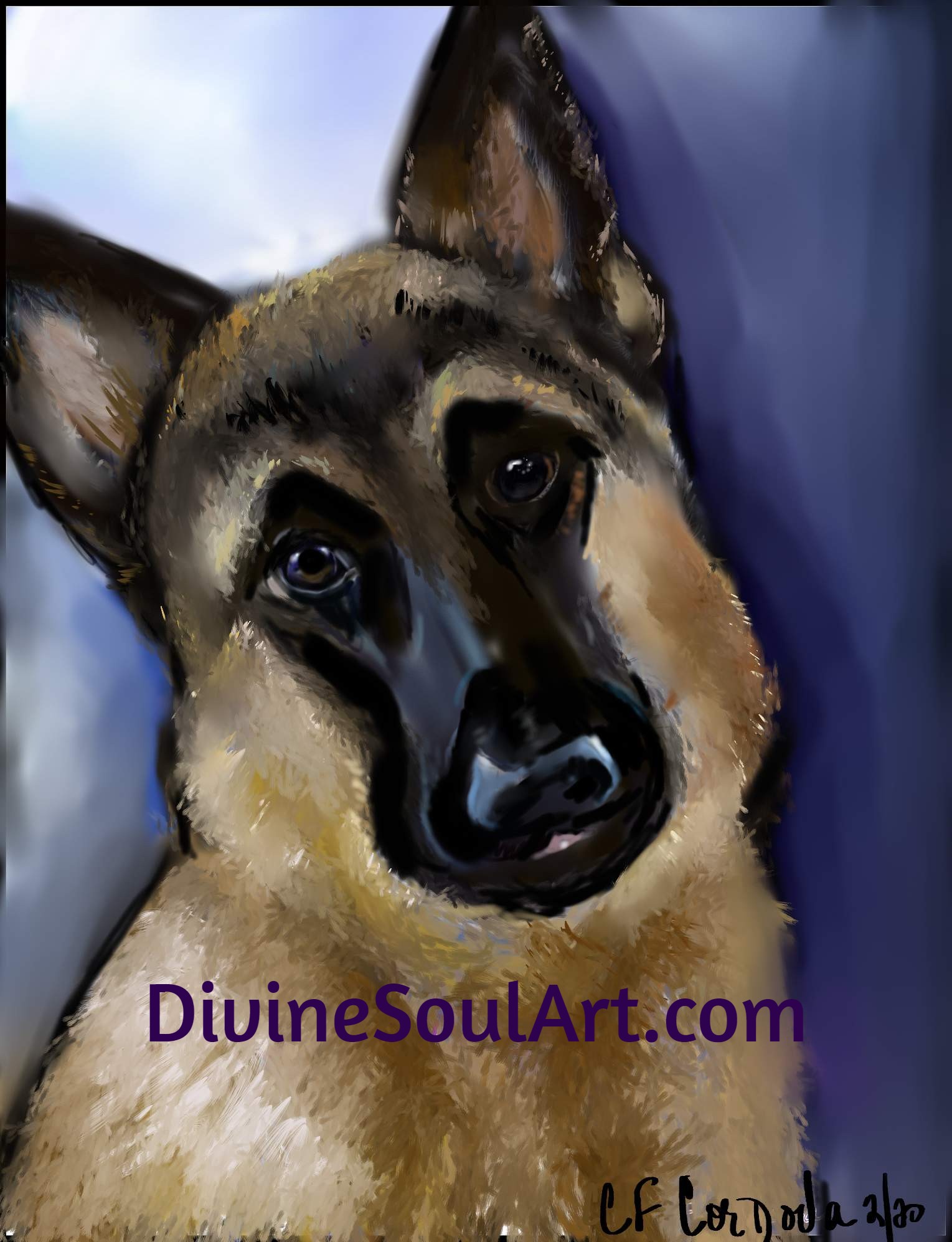 In addition to all the above-mentioned, an article by Ray Henry for a local newspaper depicts a cat with an "uncanny knack." A cat by the name of Oscar, who was "adopted as a kitten and grew up in a third-floor dementia unit at the Steere House Nursing and Rehabilitation Center," can predict the death of nursing-home patients. Just like doctors and nurses, Oscar has been seen to make his rounds. "He'd sniff and observe patients, then sit beside people who would wind up dying in a few hours." Oscar's behavior has made it possible for families to have a better chance of saying good-bye to their dying loved ones. According to one of the doctors, Oscar "doesn't make too many mistakes."

Many animals, upon their demise, are buried in pet cemeteries. However, what happens to these spiritual pets, who have given so much to humanity, when they die? Is there a life after death for spiritual pets? Do they go through the tunnel or enter the white light? Do they go to the place we call heaven? Or, do they fade away, never to be seen again and eternally forgotten?

In a letter, included in Sylvia Browne's book, a man wrote to Sylvia stating how devastated he was after his Golden Retriever had passed away. One day, while looking out the kitchen window, he saw, "a golden blur sprint by the backyard..." Thinking that it was his other dog (also, a Golden Retriever), he did not give it much thought. When he discovered that his dog was inside and sound asleep, he realized that his beloved spiritual pet- Golden Retriever, had come to visit him. No other dog was in his backyard.

It is Sylvia Browne's opinion that psychic animals visit and watch over us here on earth. "Their spirits are more pure and more advanced than ours...when they leave here they head straight back Home...where they're cherished..."

A friend recently shared with me a beautiful poem about psychic animals. It is called The Rainbow Bridge, and it goes like this: 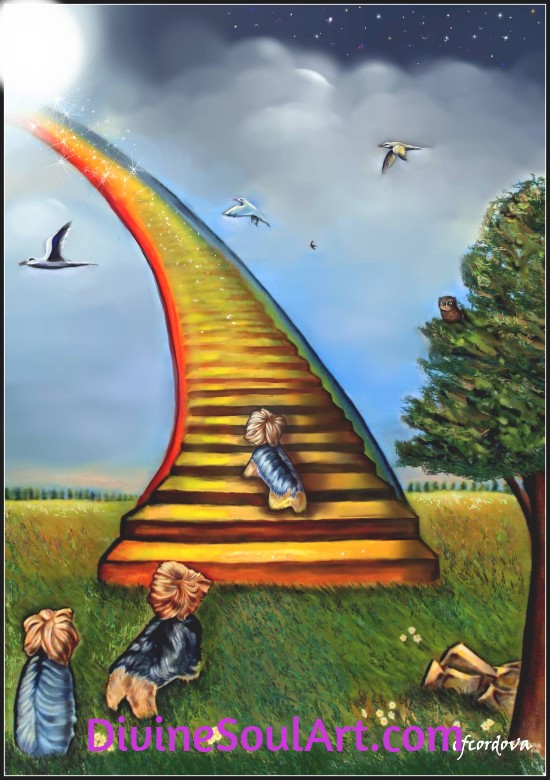 Just this side of heaven is a place called Rainbow Bridge. When an animal dies that has been especially close to someone here, that pet goes to Rainbow Bridge. There are meadows and hills for all of our special friends so they can run and play together. There is plenty of food, water and sunshine, and our friends are warm and comfortable.

All the animals that had been ill and old are restored to health and vigor. Those who were hurt or maimed are made whole and strong again, just as we remember them in our dreams of days and times gone by. The animals are happy and content, except for one small thing; they each miss someone very special to them, who had to be left behind.

They all run and play together, but the day comes when one suddenly stops and looks into the distance. His bright eyes are intent. His eager body quivers. Suddenly he begins to run from the group, flying over the green grass, his legs carrying him faster and faster.

You have been spotted, and when you and your special friend finally meet, you cling together in joyous reunion, never to be parted again. The happy kisses rain upon your face; your hands again caress the beloved head, and you look once more into the trusting eyes of your pet, so long gone from your life but never absent from your heart.

Then you cross Rainbow Bridge together.