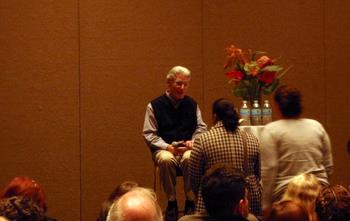 Recently, I attended a workshop in past life regression with Dr. Brian Weiss. Dr. Weiss is the author of the best selling book Many Lives, Master Masters. In addition, he is the nation’s foremost expert in the field of hypnotic regression therapy.

Although the entire workshop was fascinating, I found the psychometry exercise to be the pivotal component of the workshop.

According to Wikipedia, psychometry is a form of, “extra-sensory perception characterized by the claimed ability to make relevant associations from an object of unknown history by making physical contact with that object.”

Despite the fact that I had participated in psychometry exercises in the past, this one was more mind-blowing. Usually during these exercises, I get one or two meaningless images, but this time it was different. Even though it did not seem that way at the beginning, after a few days things began to make sense.

During the session, I was paired with an unknown young Asian woman. We exchanged personal items, and began the process.

When I closed my eyes, I saw a woman crying and wrapping a white flag with a red mark in the middle. She was on the front yard of a large house. ‘What is the meaning of all this?’ was my first reaction. Later, I saw a move from one place to another and a baby girl.

When I related the images to her, she said she was in the process of moving and had three young girls. As for the image of the flag, she had no idea. I smiled and apologized for not being able to give her more.

After a lunch break, Dr. Weiss conducted a group meditation or hypnosis exercise. Upon closing my eyes, I quickly saw the face of an unknown middle-aged Asian woman. After that, I do not recall seeing anything else.

On my way home, the face of the middle-aged Asian woman appeared. I drew quickly a picture of the woman, placed it in my bag and forgot about the entire incident. 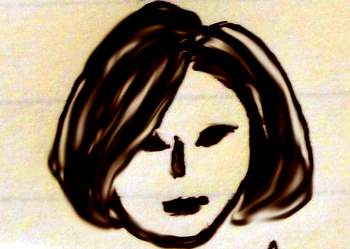 A few days later, I turned the television on and heard about the earthquake and tsunami in Japan. I was appalled at the destruction that had transpired.

A day or two of listening to the news, the memory of the middle-aged Asian woman surfaced. Could there be a connection between the woman and the Japanese disaster?

However, the biggest shock came when I was listening to the news and saw the flag of Japan. It was the same flag I saw during the psychometry exercise in which the woman was wrapping a flag and crying.

The experience reaffirmed that we are all instruments of spirit, and anything is possible. We are not alone; and we are all capable of communicating with spirits. We need to open our minds and hearts, embrace spirits and allow the process to happen.

Let us pray for Japan, the departed, and their families.