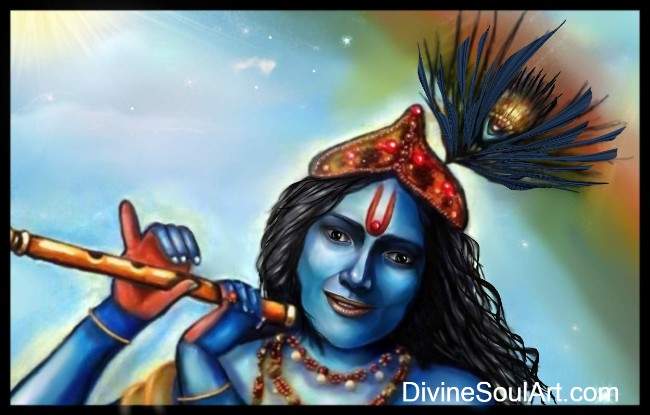 Lord Krishna, hear and accept my prayer. Please, guide me into the road of righteousness. Allow your divine light to enter my soul so that I may experience and feel your immense love and peace.

May you grant love, peace, health and happiness to all human beings. May those suffering from depression find happiness; the sick find health; the homeless find shelter; the hungry find food; and the evildoers find compassion.

May your divine light shine and penetrate every fiber of my body now and always.

Lord Krishna is a Hindu deity who is much loved and worshipped. He is often depicted as a small child, a young boy playing a flute surrounded by peacocks and cows, or a young prince giving guidance to others. According to Wikipedia, he is, "a godchild, a prankster, a model lover, a divine hero and the Supreme Being."

His skin color is usually black or blue (modern representations usually display him with blue skin). There appears to be a hidden lesson here for us to heed. The color of a person's skin is of no importance, and a person should be judged by his deeds, and not skin color. We are all equal in the eyes of God.

It is believed that Krishna's life began in 3228 BCE (Before Common Era). He was a member of the royal family of Mathura, and the eighth child born to princess Devaki and Vasudeva.

Princess Devaki's brother, King Kamsa, who had ascended to the throne by imprisoning his father, King Ugrasena, had imprisoned his sister and her husband, and murdered their first six children. He believed in a prophecy that foretold of his death at the hands of his sister's eighth son.

Soon after a miscarriage of her seventh child, Krishna was born. Afraid of King Kamsa's diabolical disposition, Krishna was removed secretly from the prison cell, and placed in the care of Yasoda and Nanda.

An interesting concept recorded in Wikipedia is that, "it is believed that Krishna was born without a sexual union, by 'mental transmission' from the mind of Vasudeva into the womb of Devaki."

During his earlier years, he was known to play pranks, protect people from evilness, kill demons such as Putana, tame serpent Kaliya- who caused the death of cowherds by poisoning the waters of the Yamuna River, and much more.

As for his marital status, “Krishna subsequently married 16,100 maidens who were being held in captivity by demon Narakasura, to save their honour. Krishna killed the demon and released them all. According to strict social custom of the time all of the captive women were degraded, and would be unable to marry, as they had been under the control of Narakasura, however Krishna married them to reinstate their status in the society” (Krishna-Wikipedia).

However, it is Radha who capture Krishna's heart. She is considered to be his childhood friend and lover.

As a young man, he returned to Mathura, and overthrew and killed his uncle, King Kamsa. "He reinstated Kamsa's father, Ugrasena, as the king of the Yadavas and became a leading prince at the court."

Later on, he and his followers moved to Dwaraka, and established his own kingdom.

In his later life, he retired into the forest. While sitting under a tree in deep meditation, he “ascended to heaven."

Although there are many historical depictions of Krishna's life, I decided to limit the information due to the immensity and profoundness of this topic. 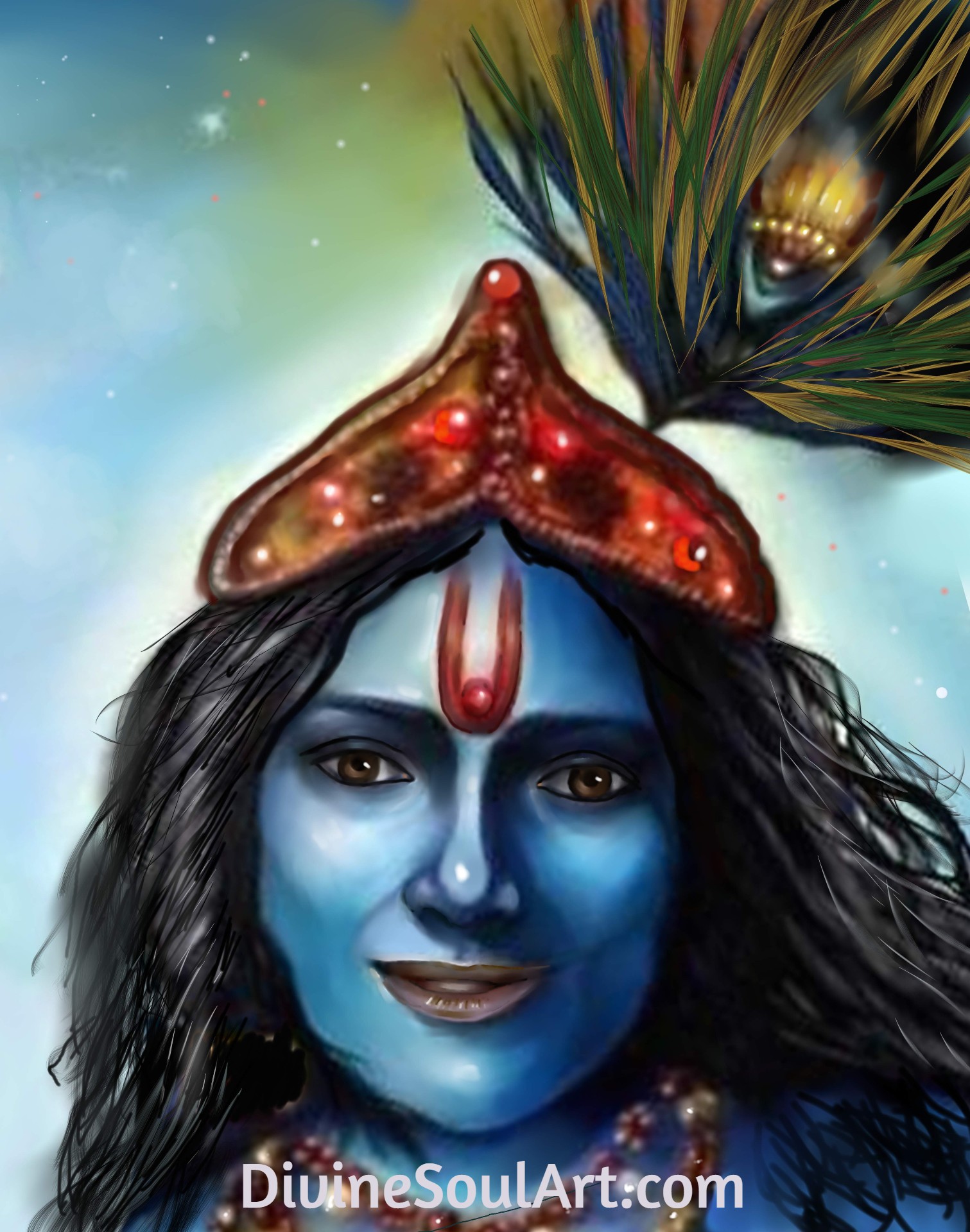 May the the blessings of Lord Krishna be upon you.