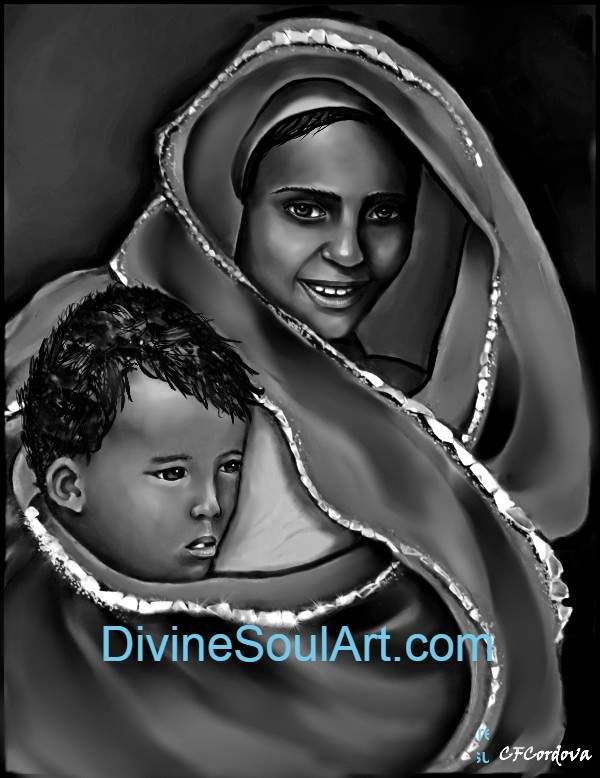 To one who bears the sweetest name, and adds luster to the same. Long life to her, for there's no other, who takes the place of my Dear Mother!

Recently, I was informed of the death of a woman, whom I will refer to as Mrs. C. In addition to being a loving mother, Mrs. C did everything in her power to provide for her children, and lead them into the right path.

To one who bears the sweetest name, And adds luster to the Same. Long life to her, for there's no other, Who takes the place of my Dear Mother!

Recently, I was told of the death of a woman, whom I will refer to as Mrs.C. She was a loving mother, who did everything in her power to guide her children in the right path.

On the day of her demise, Mrs. C told her daughter that she was not feeling well, and was going to take a nap. She got up from her chair, kissed her three-month-old grandchild, went into the bedroom and closed the door.

A few hours later, her husband went into the bedroom to wake her up. When he approached her, he noticed that she was facing down, unconscious and not breathing. He immediately called 911. Although the EMS tried to revive her, it was hopeless. According to EMS, she had been dead for several hours. Apparently, she had suffered a massive heart attack. She left behind a husband, two children and a grandchild.

This story is not so much about Mrs.C, but about her daughter, who never appreciated the love and good intentions of her mother.

Her daughter had always been in disagreement with her. Mrs.C would tell her to go left, and she would go right. She always scoffed her mother's advice.

Mrs.C's main aspiration was to have her daughter graduate from high school and become a productive member of society. Instead, her daughter, at the age of seventeen, became a mother and a high school drop out.

Although she had become a mother, her lifestyle remained the same. She continued to 'hang out' with friends leaving the baby in the care of her mother.

Whenever Mrs.C would insist that she take care of her obligations, a violent argument would ensue. By the end, the daughter would walk out of the apartment leaving Mrs.C with the baby.

Mrs. C's daughter never displayed a gesture of affection or love towards her. Words of gratitude, love, or compassion were never expressed by the daughter to the mother. The daughter was unappreciative of the gift-a loving mother, God had bestowed upon her.

Since her mother is no longer on the earth plane, the daughter can no longer engage in a carefree lifestyle. Free child care, and financial support are no longer available. Moreover, there is no one to pick up the broken pieces of her life. For the first time, she is forced to confront life alone.

Mothers, who see their role as being of the utmost importance, are sacred individuals who play various roles- caretakers, protectors, guides, teachers and much more. They are our earthly guardian angels. When we make mistakes, they are by our side lending us a helping hand. They are special human beings blessed by God.

The following is an example of a mother's love:

If you have a loving and caring mother, you are blessed. Love and cherish her now and forever.

If your mother is, or was not loving or caring, forgive her and love her still.

The death of a mother can be very devastating. Therefore, it is important to love her and make wonderful memories while she is around.

Although the page is dedicated to mothers, the above information can be applied to special fathers.

Remember, death is not the end. It is the beginning of a long journey.