Shango Orisha
Who is Shango?

Oh mighty Shango, protect my family and me. Keep away those who wish to do us harm. Walk by our sides.  Please give us your strength so we can defeat all obstacles that try to block and prevent us from entering the path of the Divine Light.

Shango, also spelled Chango, is one of many orishas (deities) in the Santeria and Candomble religions. According to Wikipedia, Santeria and Candomble are "Afro-Caribbean religions derived from traditional beliefs of the Yoruba people of Nigeria." Enslaved Africans introduced these religious beliefs to the New World. Although the slaves were forced to convert to Christianity, they secretly continued to worship and practice their religion. To avoid severe punishment and "preserve their traditional beliefs, the slaves disguised their orishas as Catholic saints."

Santeria is comprised of a Supreme Being, known as Oloddumare, and orishas (deities). In Migene Gonzalez-Wippler's book, Santeria, The Religion, she writes that Oloddumare created the, "orishas to manifest his will and express his essence in nature...The orishas are not gods, but children and servants of Oloddumare."

After reading the above-mentioned statement, one can surmise that orishas are messengers of God doing His work. 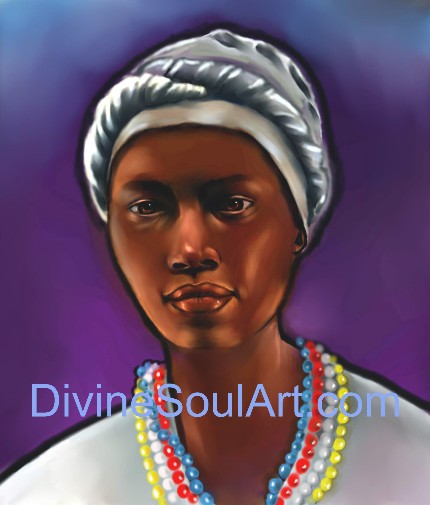 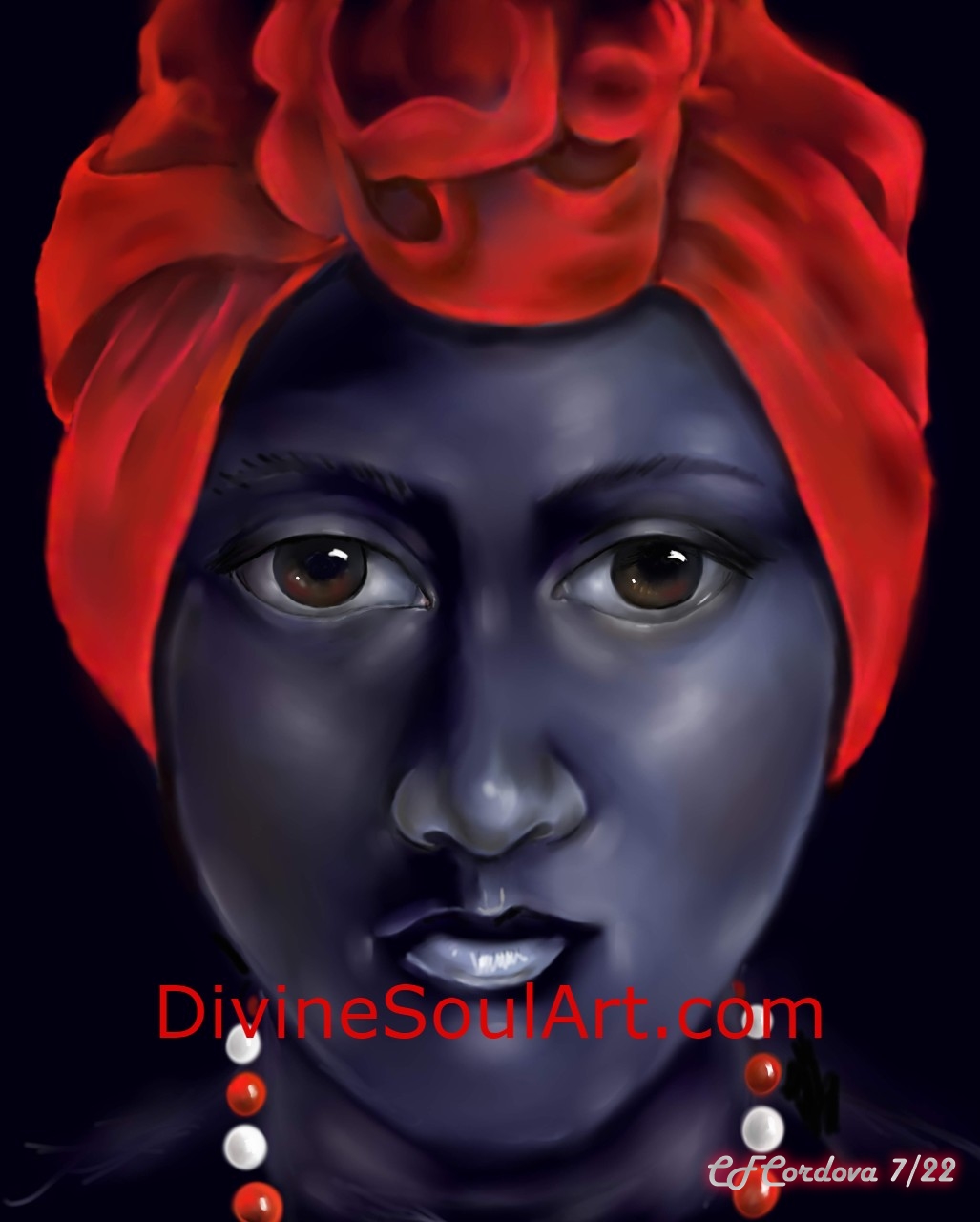 A Santera-a priestess of Santeria, once told me that Santeria was an earth religion, "where all aspects of nature are loved and respected."

Now that some necessary information on Santeria has been provided, let us go back to Spiritual Shango. 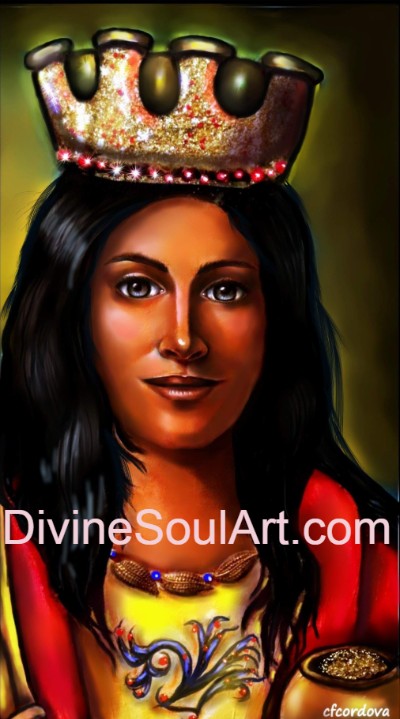 In Santeria, Shango is synonymous with the Catholic Saint called Saint Barbara. Both share the same characteristics- their colors are red and white; she holds a sword, and he carries a double-edged ax; she holds a goblet in her right hand, and he has a mortar, and she is linked to thunder and lightning, and he is affiliated with fire, thunder, and lightning. 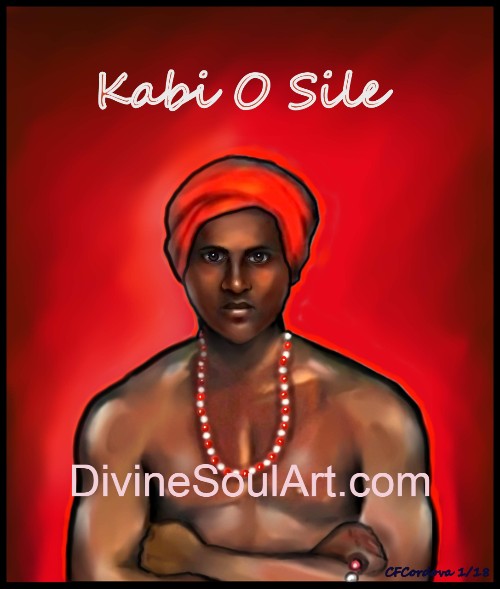 Upon deciding to include Shango on this website, I proceeded to paint a picture of him. The task was exhausting. He was refusing to come out on the canvas. It was as if I was attempting to open the door for him, but he refused to enter.

Since Shango can be very demanding, I knew that I needed to use another approach. I decided to put down my brushes and listen- in a spiritual sense. A thought came to my mind. I needed to write first and paint later. It was essential to re-acquaint myself with him.

From early on, I was told that I was 'Hija de Chango' (daughter of Chango). However, what did that mean? Did the father want to reunite with his daughter, or was there something he wanted to reveal to me? I began speaking to him and learning more about him.

Gradually, I began to feel a connection or closeness to Chango. He began to materialize slowly on the canvas. Finally, he was giving me the green light to carry on.

During the process of doing the Chango  painting, I felt a strong urge to place a red and white beaded necklace in his hand. In the picture, he is reaching out in a generous gesture. The necklace represents protection.

In addition to providing protection, Chango clears his followers' path to continue their earthly and spiritual missions. Although he loves his children very much, he will not tolerate those who are not faithful and inappropriately conduct themselves. For those who attempt to challenge Chango, the full weight of his ax will be upon them.

After completing the Spiritual Shango painting, I noticed a face on the left side of the double edge ax. I have no idea how it got there or its meaning. 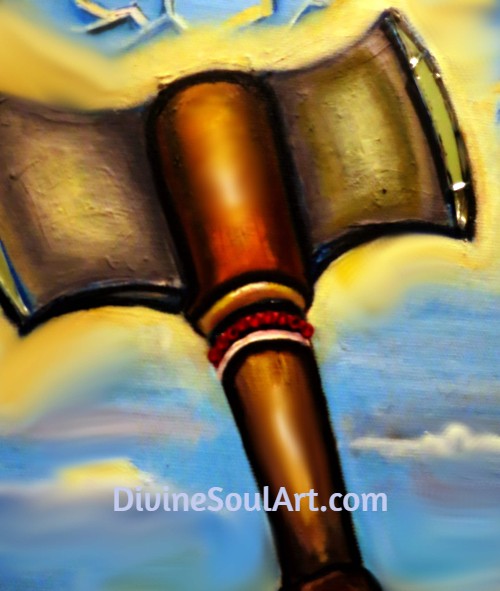 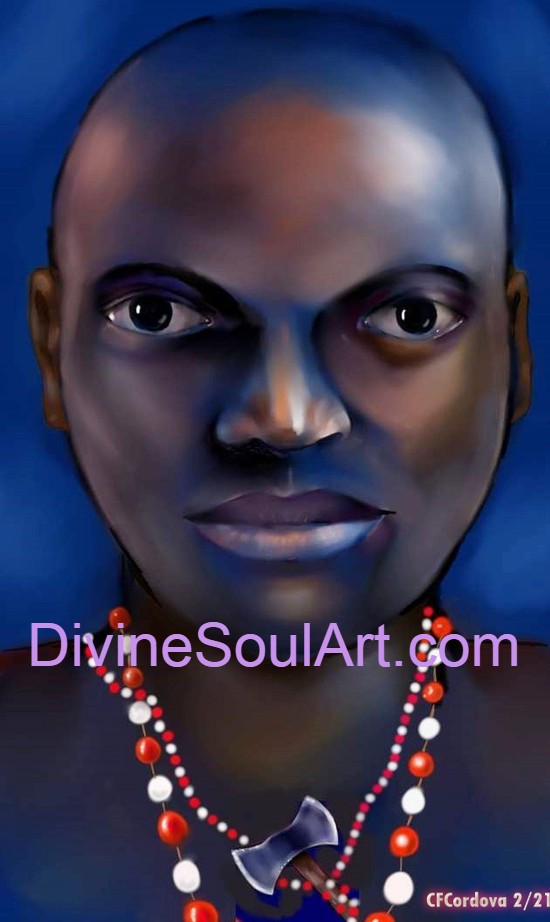 May Shango bless you.